Sales Tactic #5: Knowing when to TAKE IT AWAY. 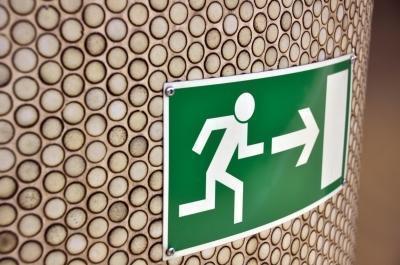 “I really can’t say that what you’ve shown me, Bob, does anything for me,” stated the prospect. “In fact,” he went on, “your choice of colors is nowhere as extensive as your competitor’s, who was just in here this morning by the way.”

Bob hated this type of prospect. And for some reason, the past five months had been filled with them.

Oh no, thought Bob, this is going to be one of those meetings where he raises the hundred objections and I try to beat them down one after another. There’s got to be a better way to make a living.

“I didn’t know you were seeing her,” responded Bob.

“Well, it’s what I should do. And I’ll tell you this now, right upfront, her prices are extremely favorable. I doubt you could beat them.”

Here goes, thought Bob, start knocking them down. “Let’s talk about the colors; our colors are by far the...”

Two hours later, Bob crawled out of the office with a signed purchase order. Totally exhausted, he got into his car, called the office and read them the order.

“Good work,” the sales manager responded, “but how come he’s ordering less than before?”

“The competition has got a proposal on the table,” responded Bob, “you wouldn’t believe what I had to do to get what we did.” With a feeling of dread he added, “I’m going back in next week to see if I can knock them out.”

No one can fault Bob for his dedication to task. And most salespeople and sales managers would agree that in the above story, which happens every day, there was nothing else to do but “gut it out.”

But there is something else. Before Bob launched into meeting every objection, he could have done something very simple. He could have said, “You might not realize what you are telling me; I want to make sure that I have it right. The competition has more colors, the price is good, they were here this morning, I guess it’s over for me. When you gave the order to the salesperson this morning, was she excited?” And then wait for a response from the prospect, no matter how long it takes.

Bob was so afraid that he was going to lose the client that he was prepared to do just about anything to keep him. Bob had the guts to spend another two hours butting heads, but he did not have the guts to find out if he really needed to do this.

Taking a sale away, taking yourself out of the running, and then waiting for a response from the prospect/customer takes real guts. This is not a technique for those with weak knees.

There are a multitude of words and gestures that you can use to “take it away” depending on what you are trying to accomplish and with whom.

Customers and prospects alike are famous for stating, in so many words, that the other guy can do better for less. In essence, you want to mirror back to them what they just told you and then state, not ask, “You did place the order.” Then do not speak until you get a response. Either the order has been placed or not. If it has, it probably really is over for you. If it hasn’t, then you deserve to know the reasons why. And when you find out why, you are now learning what you need to do to get the order or keep the order.

Prospects who have given all the indications of being ready to buy, but who just resist closing, are especially susceptible to having it taken away.

“Bill, you have given every indication that you are ready to buy. But for some reason you just aren’t sharing, you keep stopping short. I think I should leave.” Then wait for a response.

Take it away ONLY if you are prepared to walk out the door. Once you take it away, wait for a response regardless of how long it takes.

Image courtesy of franky242 on freedigitalphotos.net