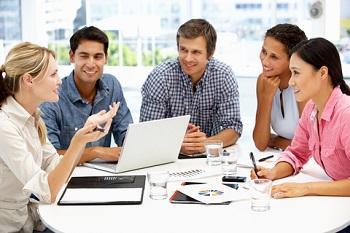 If you are running into price objections with your prospects, you are probably giving intellectual presentations, i.e., emphasizing price or features and benefits. One of Sandler’s cardinal rules is that people buy emotionally, they only make decisions intellectually. It is "pain" that will get you a sale, not price. Your job is to find someone who has pain, and can pay the price and make the decision to get rid of that pain.

What is pain, and how do you uncover it? Act like a newspaper reporter or a psychiatrist. Ask questions, take notes, and take them furiously. People love to be interviewed, especially if they are talking about something near and dear to them. If you don’t write anything down, they may think you’re not for real. Use your note pad to keep control of the interview and give you time to think of your next question. Remember that your job is to get information, not give it.

What have they done in the past to fix this pain? Your prospect’s answer reveals the thinking process on his/her end, and shows you how much importance he/she places on the problem.

Why hasn’t what they have done in the past worked? This reveals who else they have used to try to solve the problem. It might disclose who you’re working against. It could also show you that the prospect himself might be sabotaging the solution.

How much is the problem costing him or his company? Most salespeople never ask how much a particular problem is costing the company, and more important, what it is costing that particular manager, owner, or whomever your prospect is. What is it costing her personally, both emotionally and financially?

There are some things you will get to before you reach true pain. They’re called pain indicators and they fake out a lot of untrained salespeople. A pain indicator sounds like pain, but it’s not, it’s just an intellectual smoke screen. For example, if you’re an accountant trying to sign up a new client, you might hear, "I want to pay less in taxes so I can keep more in my pocket."

Sounds like pain . . . but is it really? It’s probably more a pain indicator than true pain. True pain sounds more like, "I’m sick of giving away money to the government and I’m not going to take it anymore." Now we’re starting to get emotional! The words you’ll hear are different: tired of, sick of, worried, concerned, frustrated, wasted effort, angry, upset, afraid, I’ve lost all hope, this is a terrible situation, disappointed, etc.

Once your prospect realizes his or her pain, money is no object in finding a cure.