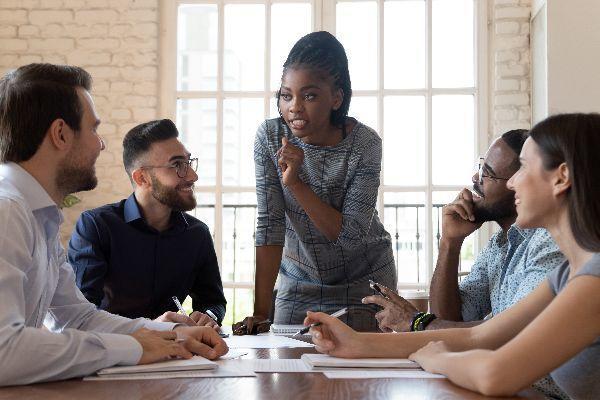 Jack, a new sales hire, was having lots of problems in initial meetings with his prospective buyers. Vera, his manager, sat in on a sales call with him to determine why Jack was closing so few of his prospects in what was supposed to be a one-call close, and why he was discounting so heavily whenever he did close a deal. The answer, she saw, lay in the way Jack conducted his sales interviews.

After his meeting, Jack asked Vera, “You saw what happened. I crashed and burned. How do you think I can improve?”

“Well,” said Vera, “I was wondering whether one area we might want to look at might be reversing – the tactic of answering a question with a question. Do you remember when the prospect asked if you could ‘just bottom line it’ for him?”

“I do,” Jack said. “It’s tough to forget because that was where the meeting started to go downhill.”

“Hey—it happens. But suppose we were to do a little role-play right now so we could get a closer look at how reversing might have helped you keep control of the discussion. Would you be open to that?”

“Why don’t you play the buyer, and I’ll play you. Just throw me that ‘bottom line it for me’ question he asked, and let’s see where it goes.”

Jack squared his shoulders and took on the persona of the tough buyer he had dealt with. “Kid,” he said. “my question is this: Why can’t you just bottom line it for me before we waste a lot of each other’s time? I mean, in broad figures, how much is this going to cost?”

Without batting an eye or losing her composure, Vera said: “May I ask you a question?”

“Have you ever been to the doctor?”

“If you went to your doctor and described a painful condition, and the doctor wrote you a prescription without even examining you, how much confidence would you have in the prescription?”

There was a little pause.

“No confidence at all.”

“So we both agree,” Vera said, “that a prescription without examination is malpractice, right?”

“You don’t want me to be guilty of malpractice in recommending a prescription for your business, do you?”

Vera smiled and said, “Is it OK if we begin the examination?”

Jack got the message. He started reversing more. And he started using Vera’s “doctor analogy” with prospects who tried to pressure him into making a presentation when he had no information to go on. As a result, his closing numbers improved. Yours can, too.

There are two important takeaways here. For salespeople, the moral of the story is: you should know when and how to reverse a question from a prospective buyer. For sales leaders, the moral is just as important: don’t be afraid to sit in on a sales call—without taking over—so you can get a clear sense of what’s really happening on the ground, and how you can help the members of your team to improve.