Sales Tactic #4: When Setting Appointments, Always Get Invited In. No Begging! 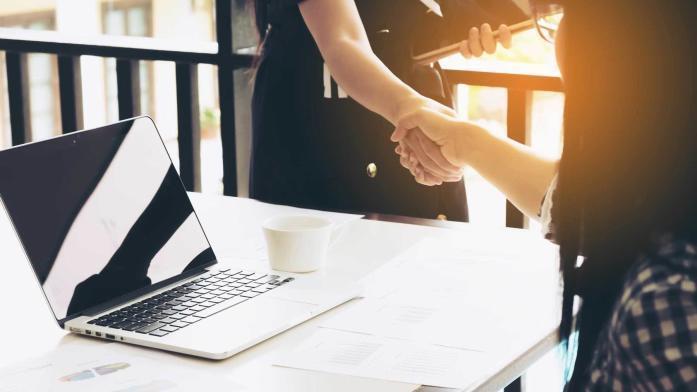 Tim was convinced that if only he could somehow get in front of more prospects, he’d do a lot better. But it was always tough to get anyone to agree to an appointment. He started collecting all the excuses.

“Not right now, the budget’s been cut.”

“Our senior management has just changed.”

“The holidays are coming. Next month.”

“We aren’t buying now. Later in the year.”

And Tim’s list went on and on. Late one Monday morning, after completing eight cold calls in two hours, Tim decided to try something new. No more getting pushed around. He’d call back the same eight people and try it.

“Hi, this is Tim and if I could have a five-minute appointment, only five minutes, I know you would be interested.”

Amazingly enough, Tim was able to make appointments with three of the eight.

Tim went on the three five-minute appointments, spent the five minutes, and at the conclusion, heard the same excuses with which he had become all too familiar.

Well, he thought to himself after leaving the third appointment, at least I’m getting appointments. The more appointments I get, the sooner I’ll sell something.

Begging someone for an appointment, setting yourself up in a situation in which you have to convince someone that you have something to offer, will eventually get you sales. But this is a hard, hard, hard way to make a living. All of the pressure is on you to perform. The prospect gets to sit back and decide if your performance is worth any more time. Would it not be better for you to determine if the prospect is worth your time and effort?

When the prospect invites you in, the responsibility is on him to tell you why. You are in control of the situation.

Which would you prefer, begging or being invited?

Why do salespeople beg? Because in many instances, the prospects will put up with it.

From the salesperson’s point of view, the prospect is showing interest. Any attempt by the prospect to leave or terminate the situation is viewed as an objection. And, as we all know, objections have to be overcome.

So here we have a situation in which the prospect is trying to be polite to a beggar, and the beggar is getting, from the prospect’s point of view, more and more insistent with the begging. What’s a prospect to say? How about, “Send me some literature; I’ll look it over.” Or, “I don’t have any money in the (choose one: budget, wallet, checkbook).” The list of brush-offs is extensive and well known.

Begging is a habit that is reinforced by prospects because prospects have been trained by salespeople who beg for a living.

Instead of Tim saying “...if I could have a five-minute appointment, only five minutes, I know you would be interested,” he could have stopped being a beggar and said, “Mr. Smith, after I meet with most CEOs, we jointly decide that my product is not appropriate for their needs. However, 15 percent of CEOs see the value of my product. When would you like to determine if you qualify as one of the 15 percent?”

Tim would get fewer appointments with this approach, but on the other hand, he would wasten less time on non-productive appointments and make more sales.

If you really want to stop begging, get a small tape recorder and tape your side of the conversation. Then play it back to someone you trust and tell him to note down all of your begging phrases. Once you have that list, ban those phrases from your vocabulary.

Beggars do make some money. Non-beggars make more money. Which would you rather be?