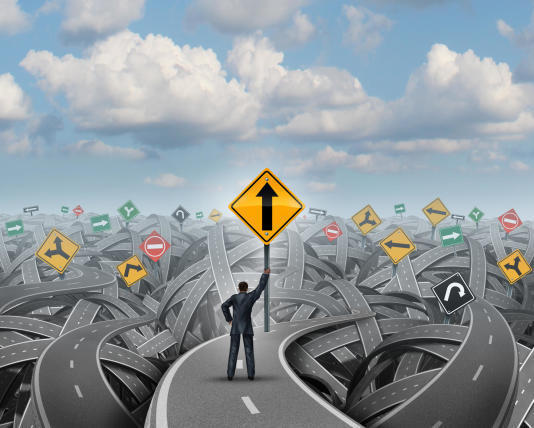 Bob finished the presentation, turned off the overhead projector, and turned up the lights. The prospect was broadly smiling. Bob knew this one was a done deal. Piece of cake, he thought.

“Your presentation was excellent,” stated the prospect. “Good job.”

“Thank you, I thoroughly enjoyed the opportunity to show you what my company and I can do for you.”

“With the presentation that I just saw,” responded the prospect, “I’m sure anyone would have been impressed.”

“Are you impressed enough to go ahead with the order?” asked Bob.

“To be truthful, I’d really like to get something together with some of the people back at the plant.”

“I can understand that.”

“If we do that,” stated the prospect, “I think we might be able to do some business.” And then he added with a chuckle, “Unless, of course, you don’t want the business.”

Bob grinned back. “I’ll do all the business you want.”

“Good. Give me a call sometime toward the end of next week. Give me a chance to digest some of this good stuff I’ve seen. That be okay with you?”

“For sure. I know we have a lot to offer to you. At a very competitive pricing structure.”

“That’s really good to know. We’ll be in touch.” With a wave, the prospect left the office.

Bob sat down at his desk and filled out the prospect contact sheet and where it asked whether the sale would close this month, Bob carefully wrote in “Definitely YES.”

Three months later, Bob changed the information in the box to “Competitor sold.”

Does either Bob or the prospect in the above dialogue have any real idea what the other one is talking about? Or are they both just filling up time with meaningless phrases that sound like there is substance? This is mutual mystification, and it usually passes for “progress” with a prospect.

Mutual mystification happens all the time because the vast majority of people are convinced that they know exactly what someone meant. For example, in our story the prospect stated:

“Your presentation was excellent.”

What exactly does this statement mean? Does it mean that Bob has an eloquent speaking voice? The slides and overheads were colorful and well laid-out? The printed material was readable? This statement is absolutely meaningless unless one simple step is taken:

“Thank you. And by excellent you mean…?”

The prospect would then be forced to eliminate the mystery and define what was meant by excellent.

Most sales calls consist entirely of mutual mystification because the prospect expects it and is comfortable with it. Salespeople readily play their part in supplying meaningless statements. The end result: Both parties come to the end of the meeting with no commitments to do anything yet both parties feel good.

Eliminating mutual mystification is very simple. Go through the story and see if anything either the prospect said or Bob said really means anything. Instead of Bob responding as he did, what questions could he have asked to determine the meaning of what the prospect was saying?

If you can, tape record your interaction with a prospect, and then go back through the tape jotting down all the statements both you and the prospect make that sound good, but mean nothing.

If you think you know what someone said, you don’t know until you ask him.