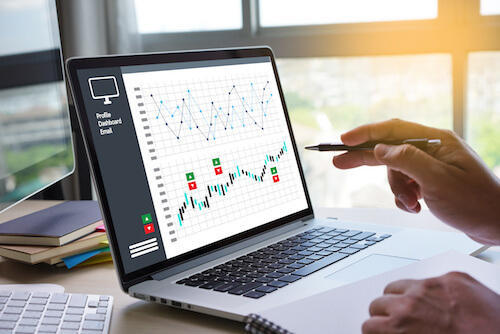 “The Critical Elements of Proactive Client Retention” is the most recent Sandler Research Center survey project, which closed to survey participants on May 31. We are now performing data analysis and will soon publish our complete findings. In advance of that report, I’ve followed, with great interest, the results from a single question asked among the 25 questions of the survey and want to share the findings. The question we asked:

*Forecasted Revenues* - For a typical major account, what percentage of change do you project in forecasted revenue this year?

Considering the business climate and all the changes brought about by the global coronavirus pandemic, I’ve been interested to see how the responses to that question mirror much of the anecdotal information I’ve been hearing from the sales space. After further analyzing that question, I’ve come to some data-based conclusions – none of which may be different from what many have hypothesized – but now are substantiated based on survey data from the Sandler Research Center.

To begin, data from all survey participants reveal a result roughly divided in thirds.

For a typical major account, what percentage of change do you project in forecasted revenue this year? Overall Survey Results

For a typical major account, what percentage of change do you project in forecasted revenue this year? Results based on annual company revenue

Analysis of the results of that same question and cross-referenced with the self-reported industry of the respondent, tells a story which shows differing optimism in different industries. Survey respondents from the Financial Services and Construction industries are far more optimistic as those in Consulting or Technology.For a typical major account, what percentage of change do you project in forecasted revenue this year? Results based on respondent’s industry

One last analysis is based on the timing of the response to our survey. This survey collected survey responses during the months of April and May 2020. The replies to that same question from April are less optimistic than those collected in May – supporting a feeling of growing economic optimism, even if ever so slight, during those months.

For a typical major account, what percentage of change do you project in forecasted revenue this year? Results based on month of response

The complete analysis of The Critical Elements of Proactive Client Retention survey will be published soon and available to all those who participated in the survey. Those who did not participate but are interested in the results will find an abbreviated report published here once available.

The survey was fielded in April and May 2020 and collected responses from 887 surveys submitted. Results were received from a global audience comprised of: 76% from North America, 15% from Europe 3.5% from South America and the remainder from Asia, Africa and Australia.

Click here to learn more about the Sandler Research Center.

Tom Wilson is a member of the Sandler Research Center team and marketing department at Sandler Training. Tom helps create, field, analyze and report of the topics examined by the Research Center. Tom joined Sandler in 2017 after a long career at media and consumer behavior research firms Nielsen and Arbitron. There, he managed the online training portal for the U.S. Media customers from radio and TV stations and the advertising community understand and utilize the many research reports created. Tom started his professional journey as an announcer at several radio stations in Baltimore and Washington.
Share this article:

How to Lower Stress in Sales

Practice makes perfect...or, does it?

Who is Wrecking Your Business Now?