Sandler Brief: Keep Outside the Box 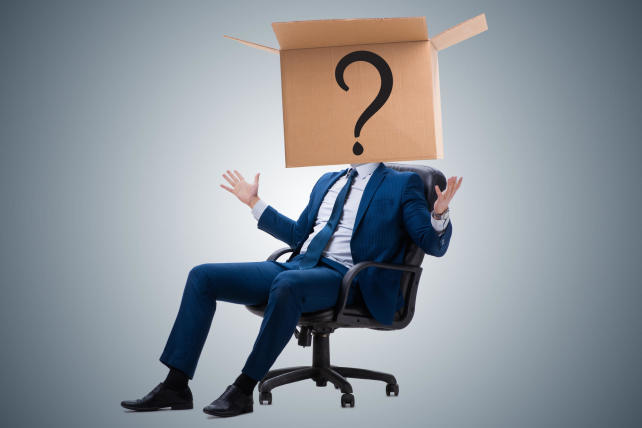 Vincent’s closing numbers were not what he had been hoping for. He asked his manager, Lynnette, what she thought the problem might be. After a little role-playing, Lynnette suggested that Vincent was spending too much time selling “from inside a box.”

Too often, we box ourselves into situations when we fall into the trap of answering questions a prospect poses . . . and we quickly find that we have reached a premature, and usually unnecessary, dead-end in the conversation. The key to avoiding this outcome lies in recognizing that prospects rarely ask the "real" question up front. In order to understand the true intent behind the question, it is usually necessary to ask several questions. In general, it takes about three questions to uncover what’s really driving what we’re being asked.

It is necessary to discover the emotion behind a question before you answer it. This is where the tactic of reversing – answering a question with a question – comes in.

Consider the following dialogue as an example:

Prospect: “Do you have more than one of these?”

Salesperson: (excited and expecting to close) “Why, yes.”

Prospect: “I wonder how many they make.”

Prospect: “I’m sorry to hear that. I like to buy exclusives.”

All of a sudden, you’re selling from inside a box – and you’re going to have a hard time getting out! It's not impossible to get out of the box, of course . . . but you will now have to expend a lot of energy and effort to try and overcome the initial poor start.

Now consider what that exchange would look like if handled properly.

Prospect:  "Do you have more than one of these?"

Salesperson:  "That's an interesting question. Why do you ask?" (Reverse #1)

Prospect:   "I was wondering just how many they make?"

The principle here is very simple: When asked a question during the early phases of the sales process, respond with a question of your own. This takes practice because reversing questions often need softening statements – like “that’s an interesting question” and “that makes sense” in the dialogue above -- in order for you to sustain the necessary rapport with the prospect. In addition, there’s the simple reality that we are so used to answering questions from prospects and other people that we may feel a certain social pressure to avoid responding with a question of our own. We must learn to overcome that pressure.

It’s likely that when you first start using the reversing technique, there will be plenty of times when you are asked a question and you can’t seem to think of an appropriate reverse. As part of the learning process, it makes sense to come up with a prepared list of a few such responses, practice them ahead of time, and then use them as the situation warrants. Below is a brief list you can use to get started, but you can feel free to add appropriate questions of your own!

Almost invariably, when you pose questions like this, the prospect will rephrase or restructure their question and deliver it to you in
a different manner. This wins you a little more time to consider the next reverse you want to use . . . and you may end up with more information than you had before. The prospect’s next response will also take you one step closer to the emotion behind the question, which is ultimately what you want to uncover.

With Lynette’s help, Vincent practiced reversing in role-play settings and reached a point where he felt very comfortable using this technique in conversations with prospects. He spent much less time selling from inside a box . . . and his closing numbers improved!