Sales Tactic #9: Have Prospects Close Themselves 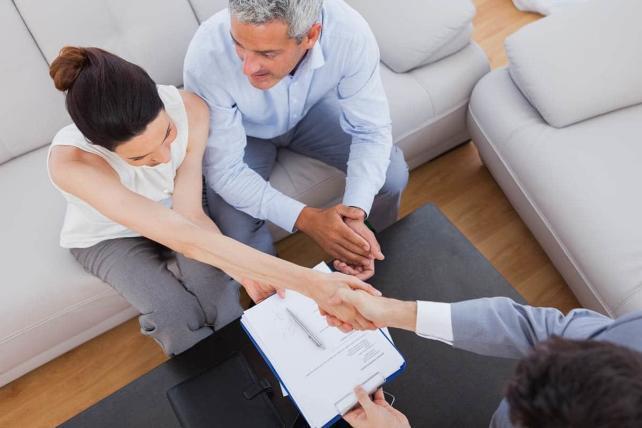 Nick was climbing the wall because he could not figure out how to close the prospect. The prospect had spent the last hour with Nick and appeared to want to buy. But he didn’t know what to do. If only he could remember what the experienced salespeople had told him to do.

“I really like this model,” she said, “it will fit in perfectly with my decor.”

“I guess that’s important to you,” responded Nick feeling like an idiot when the words came out.

“Oh, it’s very important. My husband and I want our home to be a showplace of good taste.”

“So your husband would like this, too?” asked Nick.

“Definitely. It’s just what he would pick out.”

“I guess you haven’t bought it yet because you’ve looked elsewhere?” responded Nick.

“We’ve looked everywhere but this is the one we want.” And then she added, “Do you have it in stock?”

“That’s a good question,” said Nick, knowing that the one she wanted was not in this store and would take a week to get. “If I can’t get it within two weeks, I suppose you won’t wait.”

“Not at all. Having just what we want is worth waiting for.”

“If I could get it within two weeks, what would you like me to do?” Nick waited, not knowing what else to do.

“Here’s my American Express card. Get it.”

Nick never tried any of the closes that the experienced salespeople had suggested—only because he couldn’t remember them. Yet he closed the sale by letting the customer close the sale. In this situation, many salespeople would have tried “the trial close” at the beginning. Perhaps the woman would have closed at that point, but if she had not, it would have opened the door for her to come up with objections. In the above situation, the woman was never given the chance to voice one.

It truly is a wonder that anyone goes out to buy anything from a salesperson.

The relationship between the salesperson and the prospect does not have to be adversarial.

If you can get the prospect to tell you why she is talking to you, reflect back the prospect’s statements as questions. How do you start this happening? Simple. Ask the following question: “Why did you think of coming in today?” Wait for a response. Take the response and reflect it back.

“I came in because I know you sell this brand.”

“That’s interesting, why that brand?”

“Because my sister has one and it never breaks.”

“Never breaks...why is that important to you?”

And the prospect will give you a third reason why she wants to buy. Do this for another ten questions and then ask the prospect: “What would you like me to do?”

Prospects want to buy; otherwise they would not be talking to you.