Sales Tactic #7: Answer every question with a question, but soften it. 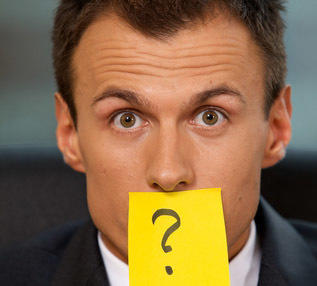 The appointment with the prospect that Tim spent two weeks getting was not going well. The prospect kept firing questions and Tim kept giving answers. The only problem was that Tim could not figure out if the answers were what the prospect wanted to hear.

“How many have you sold in the area?”

Good, thought Tim, an easy one at last, and my answer will let him know that it is a popular product. “In the past six months I’ve sold over six hundred.”

“That’s too bad,” said the prospect.

“What…,” responded a shocked Tim.

“It’s too bad because I only like to buy the exclusive stuff. You see, Tim, in my business, if my competition has what you are selling, I’m no better off than they are. In order to stay ahead of the rest, I need the latest and greatest. You’re not selling it.”

“Well...,” stumbled Tim, “I think we might be coming out with an improved version.”

“Won’t do me any good. I need a competitive advantage today. Not six months from now. I really appreciate your stopping in today. Give me a call when you get something new.”

Tim answered a perfectly reasonable question and as a result, was shown the door. There is nothing wrong with answering a prospect’s question, but first you should make an effort to discover what’s the real question.

What if Tim had responded to the question of how many had been sold in the area with, “That’s a very interesting question; why do you ask?”

Upon learning why the prospect wanted the latest and greatest, Tim could have used the information to position his product to provide that needed competitive edge.

But Tim didn’t reverse the question, assumed the prospect would like hearing how popular the product was, and was shown the door.

Reversing is the skill of answering a question with a question. Never answer the prospect’s question unless he asks it twice. Then you MUST answer it. But only answer it briefly—NO dissertation—and then reverse again.

The first time you hear a question, reverse and ask why the prospect is asking the question.

This tactic is easy to learn, but very difficult for someone to put into practice. The reason for this—salespeople believe that their job is to have all the answers or get all the answers in the shortest time possible. The rationale is simple; if I have all the answers all the time, I’ll be more likely to make the sale. As a result of this, salespeople have conditioned themselves to leap on questions in the rush toward closing the sale.

Do not think lack of product/service knowledge is okay. It’s not. There is no excuse for not knowing what you are selling.

Reversing a question is simple. For example…

“Do you have this in green?”

“That’s an interesting question since we are talking about computers; why do you ask?”

“When was the last time one of these broke?”

“Just yesterday my brother-in-law told me that your price is too high. What are you going to do?”

“Can you get this delivered in two weeks?”

“What happens in two weeks?”

“Do you offer leasing?”

“That’s interesting you ask about leasing, why?”

You cannot read minds. Unless you reverse the question, you have absolutely no idea why it is being asked. Knowing why the question was asked will ultimately help you sell more efficiently.