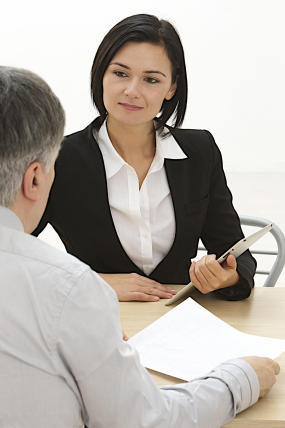 Juanita, three months into her first sales job, was having problems with her closing numbers. Her ratio was the lowest on the team, and she was far behind her quota for the month. She asked her boss Cliff for help.

At about the forty-minute mark of a productive coaching discussion – a session in which Juanita had addressed many tough questions – she found herself face to face with what Cliff called “the last difficult question of the day.” Here’s what it sounded like.

“What are you doing right now,” Cliff asked, “to clarify a prospect’s vague or indecisive response?”

“What do you mean?” Juanita said.

“Well,” Cliff responded, “often prospects will give an unclear answer to a specific question. Maybe you ask them where they stand on placing the order within the next week, and they say something like, ‘You know, I’m feeling pretty good about this.’ That’s not really an answer, but it sounds like one from a distance. So, what are you doing in your discussions to get to the bottom of that kind of response – to find out what the person really means?”

Juanita had to stop and think for a moment. After a long pause, she looked Cliff in the eye and said, “You know what? This is a little embarrassing, but I really can’t think of a single time that I pushed back on an answer like that. I get them all the time. I guess I’ve fallen into the habit of taking those kinds of answers at face value. Maybe that’s part of the problem.”

And talk they did – for another half-hour – about reversing for indecisive statements.

Prospects and customers will sometimes make statements that, on the surface, sound positive, but upon closer inspection, reveal no actual commitment.They contain indecisive, play-it-safe words or phrases that allow the speaker to avoid making commitments. Here are some examples:

I believe that there’s a good chance that we will award the project to your firm.

We’re inclined to place the order this quarter.

We will probably be ready to move forward by the end of the month.

How much certainty can you attribute to the italicized words? None!

David Sandler, the founder of Sandler Training, coined the term “reversing” to describe the strategy of responding with questions of our own to prospects' questions or statements whose meaning or intent is unclear. Reversing is an apt name because asking a question in this setting reverses the flow of information — from prospects to you, rather than from you to the prospects. A solid reversing strategy can and should be used to clarify prospects’ vague answers to your questions. Without such a strategy, you’re out of the loop!

Salesperson: When will you be making your decision?

Does “very soon” mean tomorrow?Next week?Next month? Here’s one way to find out.

Salesperson: I appreciate you sharing that information with me.When you say “very soon,” what exactly does that mean?

Notice the “stroke” before you ask your question: You express your appreciation for the prospect’s initial answer. That’s an optional, and potentially very effective, tactic that softens what comes next. What, specifically, does the prospect mean by “very soon”? You have every right to ask that!

Here are some more examples:

Salesperson: Is the project funded?

Prospect: Funding is not a problem.

Salesperson: I see.And by “not a problem,” you mean…?

Prospect: I believe that there’s a good chance that we will award the project to your firm.

Salesperson: I appreciate you telling me that.I’m curious, however.When you say “good chance,” what does that mean?

Prospect: We’re inclined to place the order this quarter.

Salesperson: Certainly, that would be appreciated.Let me ask you something.When you say “inclined,” what does that mean?

Note that it may take more than one reversing question (perhaps three or four) to get to the intent of the original response … and identify the prospect’s “real” answer. Remember: It’s your job to figure out what’s really happening in this business relationship!

A solid, consistently applied reversing strategy can help you uncover the real meanings and intentions behind the statements you hear from indecisive prospects. It can also help you identify dead ends before you invest lots of time and energy in pursuing them. The key is to stop taking indecisive answers as positive signals. They’re not!

Reversing takes a little practice, but it’s worth it. After just thirty days of doing a better job of reversing for indecisive statements from prospects, Juanita’s closing numbers improved. Yours can, too!